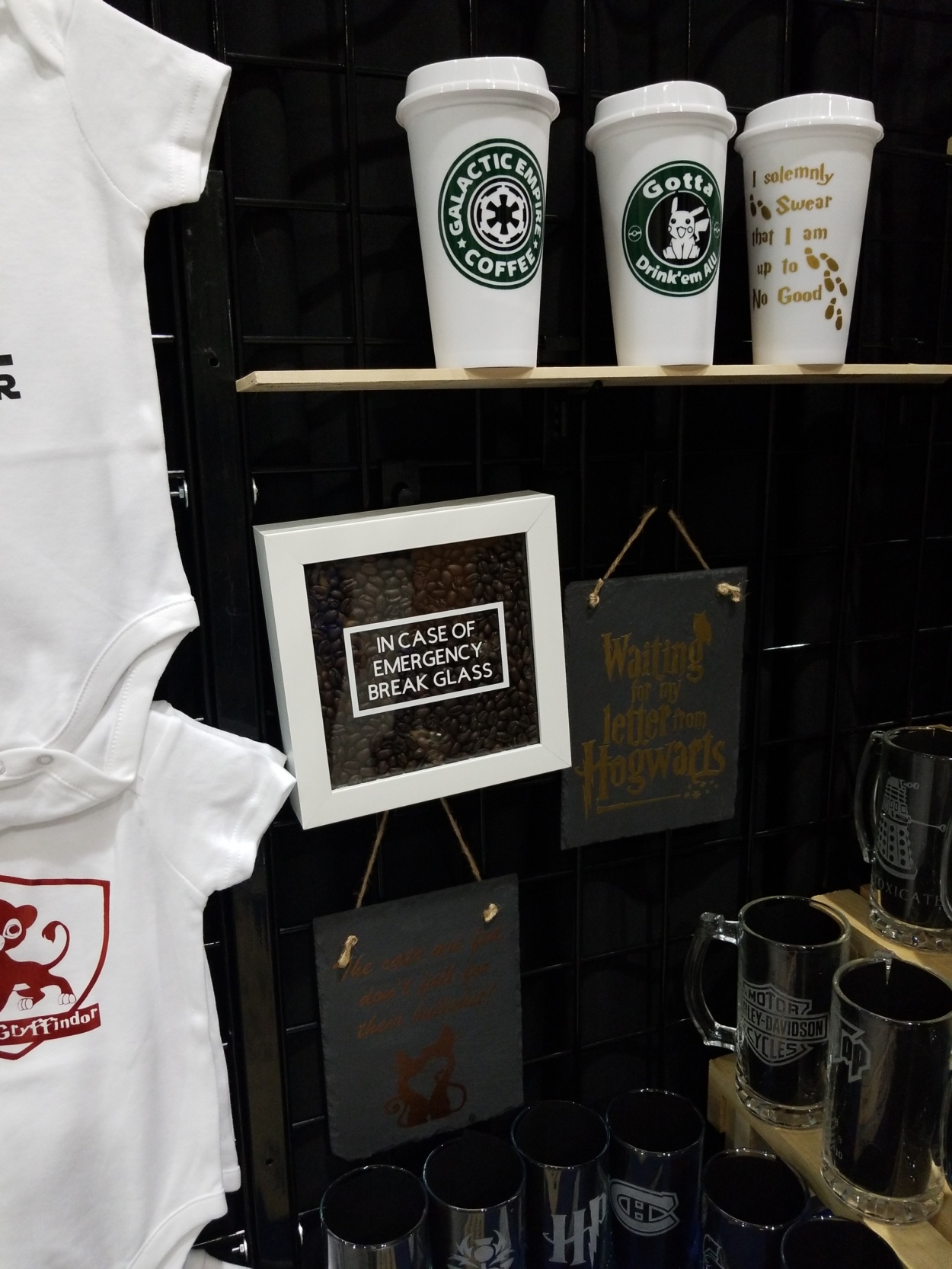 It has been far too long since I last posted here, so this is more of a catch up blog than speaking to anything specific.

The fourth Cornwall and Area Pop Event (CAPE) was held last weekend at the city’s Benson Centre. An executive decision was made at the end of 2017’s edition to reduce its footprint from two hockey pads to one, and I think it was a good one. I personally had concerns about sales of weekend passes when you could conceivably see everything in one day instead of two, but the energy gained by having exhibitors and vendors gathered in one designated area more than made up for it. Besides, this isn’t the first rodeo for showrunners Carol and Randy Sauvé. They know what they’re doing. Looking forward to 2019, for sure.

Next weekend is busy all over the place with the Ottawa Public Library’s first BiblioCon. The Ottawa Tardis will be there for photos and rumour has it there will be a contingent of T-Rexes coming in from as far afield as London, Ontario.

The 5th of May is also the longstanding annual Free Comic Book Day. Check with your favourite comic book and collectible supplier for more details.

The weekend after that is Ottawa ComicCon. Whovians, rejoice! Matt Smith will be in town for autographs and photo ops on Sunday the 13th only. I bought my photo op today, so Happy Mother’s Day to me.

Looking ahead to June, ‘twould seem that we are finally going to attend Niagara Falls ComicCon as a family. It’s the best time of year to visit the Falls as far as I am concerned, and a chance to meet Michael “I’m Mary Poppins, y’all” Rooker and Sean Gunn.

In the meantime, I’ll be making an effort to catch up on Stranger Things since I haven’t finished watching the first series and as a matter of principle will not start on the second until then. And speaking of Stranger Things, did you know that The Doctor responds to calls from the Upside Down?

See you out on the road, maybe?

Except where noted, all contents are copyright © 2019 by Victoria Vernell. Please feel free to contact me: whovianonabudget@gmail.com.

Pinning My Way Through Time And Space